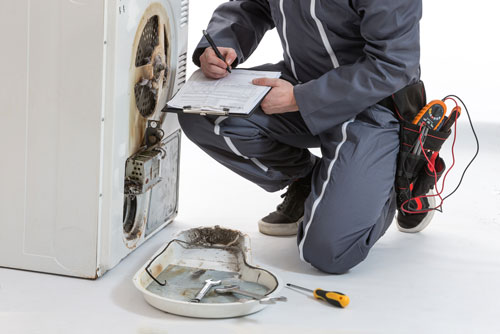 Life is made easy and fast with the help of technology and appliances. Most of you, if not all have appliances in your homes and offices to help you with your work and household chores. Appliances have their own limit and we can’t avoid damages and malfunctions to happen. The best remedy to save your appliances is to call a respected and trusted appliance doctor.

Follow these steps to maintain your dryer and washer:

Appliances like washer and dryer has an average of ten to fourteen years lifespan. Taking good care and maintaining it can help prolong its service. Washer and dryer malfunction can create inconvenience for you and your family. The most common malfunction that we have diagnose or our clients discovered are; lack of efficient spinning, washer isn’t getting enough hot water, loads of laundry become unbalanced, leaks and sometimes it just stops working. We at Appliance Doctor Inc. have our talented washer repair team that can diagnose complications and take care of your repairs with expertise.

It is also important that you conduct a monthly inspection on your dryer and washer to secure its durability and avoid unnecessary trouble. Inspect your dryer’s exhaust duct for crimps, obstructions and unnecessary bends. Inspect your washing machine hoses for bulges, cracks, and leaks. Also, clean the rubber gasket and drums on washers and dryers. Check and clean the drain pump filter on front-loading washers. If you noticed something unusual with your washer and dryer, call Appliance Doctor Inc…

Appliance Doctor Inc. has years of experience with major makes and models of washer and dryer. We have experts that can assist you with your refrigerator, freezer, ice maker, washer, dryer, dishwasher, microwave, oven, range, and disposal repair. Appliance Doctor is a locally owned and operated company, we service all major name brand appliances. We provide quality repair services in Southwest Florida since 1993.

Top Signs You Are Misusing Your Fridge
March 7, 2022
CALL US NOW!
REQUEST PRICING
FOLLOW US
REVIEW US
FEATURED ARTICLES
TESTIMONIALS

Friendly and knowledgeable. . Had the part we needed in the van and we were repaired in no time!